7. The Absent, Silent God of The Bible 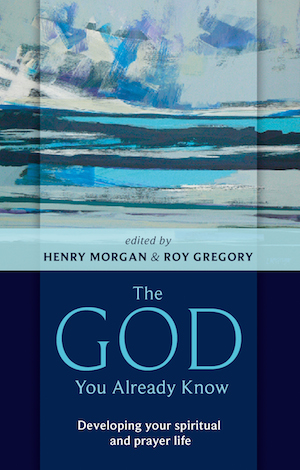 This absent, silent, dark God is a God Who is known in the Bible. It is a God Who is often associated with wilderness and desert. For the Bible the desert is a hot, dry, arid, lifeless, dead place, which is seemingly endless and where no relief is to be found. It is easy to get lost there, desperately easy, especially on your own, to face death there. It is a hungry and thirsty place. It is a place where God is not, or seemingly not.

Jump to: 1. The Wilderness from Egypt | 2. The Book of Job | 3. The Crucifixion | Exercises that explore the ‘via negative’

And yet the Bible tells of God leading people into the wilderness. Israel is led there after the Exodus from Egypt; John the Baptist exercises his ministry there; Jesus is led there by the Spirit after His baptism. So it is potentially a place of God’s choosing and therefore of gift.

A call to the wilderness often follows on from a personal call from God. Jesus goes there after God has called Him at His baptism. The people of Israel are led there after being called out of Egypt by God. Paul goes off there after his Damascus Road experience. So we should not be surprised when we find ourselves led there too.

The wilderness is often presented as a place that has to be passed through. Neither Jesus nor Paul nor the people of Israel, in the examples quoted above, stayed in the wilderness; they passed through it. As did the prodigal son in the parable Jesus told: he learnt a lot from his miserable time there and came to his senses and left and was re-united with his father again. In the wilderness between Jericho and Jerusalem, where a man was left beaten up for dead, he found a stranger coming to his aid, saving his life, and no doubt transforming his views on foreigners for ever. His wilderness experience changed him, he was not the same afterwards. The good shepherd goes and finds the sheep lost in the wilderness and brings it safely home, rejoicing.

There are also several major wilderness experiences in The Bible, which can serve as models, teaching us something about the spiritual significance of the wilderness.

1. The Wilderness from Egypt

The longest wilderness experience in The Bible is the story of the people of Israel’s journeyings after they had been led out of Egypt by Moses. It is full of salutary wisdom about the experience!

I won’t tarry long over Job; sufficient to observe that it tells the story of a man who was a passionate believer in God, whom God allowed Satan to test, in order to see how real his passionate faith truly is. Job loses everything, and is ‘comforted’ by a series of friends who tell him that this must have come about because of some failing of his, and how what he needs to do now is to express his deep penitence and sorrow to God and to apologise for what ever it is he has done wrong. In offering this advice the friends were probably doing no more than giving what passed for orthodox wisdom at the time. But Job will have none of it. He insists that he has done nothing wrong, he has committed no offence to God, and therefore there is nothing for him to apologise for. His friends regard this as high handed arrogance and are not convinced. But Job prays and pleads with anguish to God, demanding that God come and state his case against him. Eventually God relents and addresses Job. He offers an awesome display of power, which silences Job; he realises that he is in no position to question God about anything at all. Job learns an important lesson about the unknowability of God, but is vindicated because God has appeared to him.

In our context, the book is a powerful statement of the importance of speaking to God about what is on our hearts, even when it may seem not our place to do so. Even when the orthodox wisdom of the day says that we are wrong to do so: we need to trust our own sense of what is right. We might be quite wrong but arguing, pleading, ranting, at God all indicate that the relationship is alive and not dead. Just be careful not to spend so much time shouting that there is never time to listen too!

The most powerful story of dereliction by God is of course found in the passion of Jesus. This is a story which the ‘via negativa’ knows well.

Here we see that the man who strode around Palestine teaching, talking to and about God, calling disciples, touching and healing the sick, changing people’s lives, suddenly falls silent. He becomes inactive from the moment that he is captured in the Garden of Gethsemane. From that point on He says virtually nothing, and initiates nothing. He becomes passive and is done to by others. He is entering what we have learnt to recognise as a wilderness experience.

His disciples either actively betray him, fail to understand him, or fall asleep and go absent at the crucial moments. When it counts they deny they know Him, and He is left to face the music on His own. A crowd that had appeared sympathetic and supportive suddenly turns against Him and is happy to assent to His death. He is dressed and addressed, by those who consider themselves as His opponents, in ways that are humiliating and totally misrepresent Who He is. He is condemned for something He has not done, and is led away by Himself to face a slow and agonising death, reviled by His persecutors. He is so weak that he cannot even carry his own cross to the place of execution. At the end it feels as if even the God Whom He loved and about Whom He spoke to others, has deserted Him: “My God, my God why have you forsaken me?” He dies and the world goes dark.

At least that is how St Mark tells the story. It’s bleak, dark and lonely, without much sense of God’s presence, and seemingly hopeless. St John tells the story rather differently of course. In his Gospel, Jesus hands Himself over to the authorities in the Garden of Gethsemane; indeed they are not able to take Him without His consent. He heals the servant whom Peter attacked. He proclaims His kingship as not belonging to this world, and declines to speak to Pilate in ways that might have secured His release. He steps out carrying His own cross, and as He hangs dying makes arrangements with the beloved disciple for the care of His mother in the future. He dies having said that “It is accomplished.” This is a very different spin from Mark’s.

It’s the spin of someone reflecting some time after the event, when the horror of it all has faded a little in the memory, and a deeper and more hopeful meaning is beginning to emerge. A meaning that finds some sense in what had previously looked like empty horror. A meaning more obviously from the other side of the Resurrection, in the light of which it is now possible to view the crucifixion and understand it differently. To see it as the necessary and God intended means to a deeper and more wonderful truth that could not have been imagined without it. The shift that Hosea and Jeremiah made with respect to the Wilderness wanderings. It’s a shift which if it’s not made, may leave you still in the wilderness, still at the foot of the cross, reluctant to leave a familiar place behind and to step out in trust in a God Whom you have learnt will carry you forward somewhere new.

Exercises that explore the ‘via negative’

There are prayer exercises that you can use, which will begin to awaken you to the ‘via negativa’ before you find yourself called fully into it, and which may resource you whilst you are there. Some of them overlap a bit. Don’t try any exercise that you don’t feel ready for. You might even create some of your own.